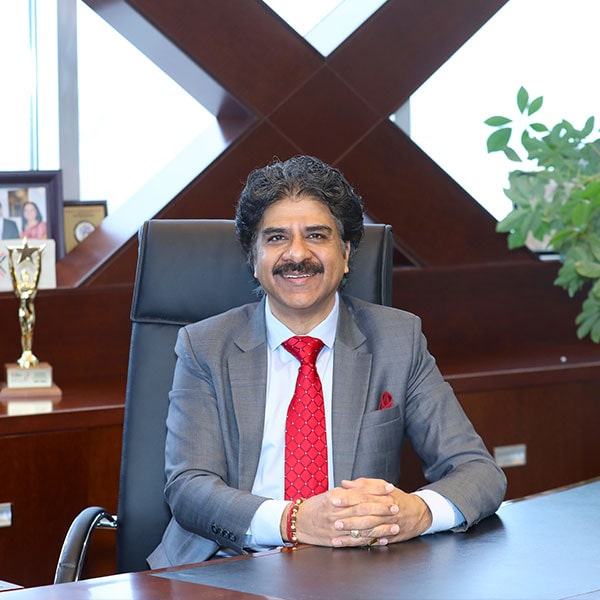 Satish Thakkar is a Canadian entrepreneur, a renowned professional, a committed community leader and a passionate philanthropist, with a string of accomplishments to his credit. He is the President of Excelsior Group, a Toronto-based multidimensional, multifaceted business conglomerate that has executed various commercial and residential development projects, and is also in financial consulting business.
A visionary serial entrepreneur, Satish believes that entrepreneurial ingenuity and integrity are the most effective catalysts to bring about socially inclusive economic prosperity in society. It is this simple business philosophy that has guided him to launch diverse ventures; and his success in these endeavours is premised on the guiding principles of social inclusiveness, entrepreneurship, and economic prosperity for all.

A FCPA, FCGA from Ontario, and a Chartered Accountant from India, Satish is a multifaceted personality with keen interest in philanthropy, community development, and Canada – India bilateral relations. He is the current Chair of Canada India Foundation (CIF), a public policy think tank that fosters better relations between Canada and India, and was the President of the Indo-Canada Chamber of Commerce (ICCC) in 2011-12.
A fervent advocate of diversity and multiculturalism, Satish believes that Canada is an economic and socio-cultural powerhouse because of its vast and varied diversity. He has utilized the many platforms, such as the Toronto Board of Trade, the Conference Board of Canada, among others, to advocate the formation of multi-ethnic business networking forums for small businesses.
Satish is the recipient of many accolades.

Satish is an avid Yoga enthusiast and strive to live life in consonance with nature.